At one point or another, all of us have automated some tasks in our lives, be it setting a timer while cooking, using a calculator or an alarm clock, etc. But we didn’t need to make an extra effort to make these things work, as all they need is to be connected to a power source to function properly. However, there are instances when an extra effort has to be made for them to work properly. This extra effort is what distinguishes between a simple tool and a complex system that can be called an automation system.

What is Cloud Infrastructure 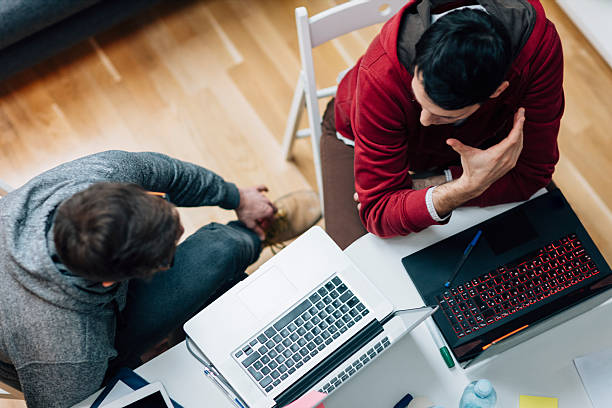 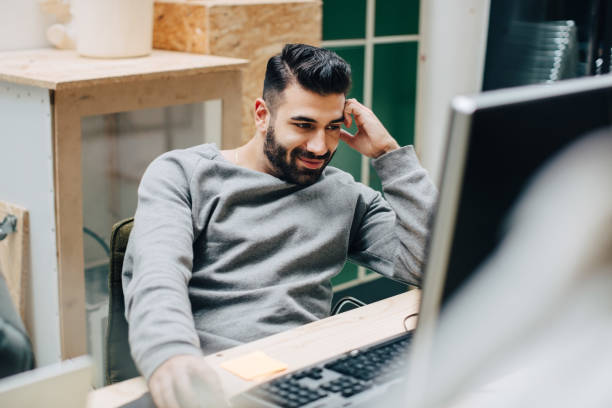 Cloud infrastructure automation is a must-have in your cloud toolkit. It helps you save time and money, streamline your operations and even troubleshoot problems before they happen. If you’re an enterprise administrator of an on-premises IT infrastructure, then you may frown at the idea of using a third party to manage your cloud infrastructure and get your work done faster and more efficiently. However, when we first started using AWS, we were at a loss on how to automate our infrastructure. We had no idea where to start.

Today’s amount of tools makes it hard to decide which one is right for you. However, The typical way to use a cloud infrastructure automation tool involves connecting the tool to a cloud provider’s API or an enterprise’s existing management system for virtualized servers. The user connects to either a public cloud or a private cloud through a web interface. The user then creates policies for provisioning, configuration, and running applications on virtualized servers in that cloud environment.

The user can then add rules for monitoring and troubleshooting applications deployed on virtualized servers in the cloud. Here are some of the best tools for Cloud infrastructure Automation.

Access to a wide variety of AWS services is possible through the AWS CLI, including commands that allow users to manage and control their AWS resources. The AWS CLI can be installed on Mac, Linux, and Windows. The AWS CLI source code is available on GitHub as an open-source project. The command-line interface can be used interactively to perform actions such as resource creation or data transfer and to view information about various resources.

Boto is an open-source Python library that provides Amazon Web Services (AWS) access. Boto 3 is the latest version of Boto and has many new features, including support for all EC2 regions in all AWS regions, making it easier than ever to create an instance in any supported region. Boto 3 supports both Python 2 and Python 3 and AWS SDK for Java for managing AWS services from Java applications.

CloudFormation is a service that allows users to create or update Amazon Web Services (AWS) resources using JSON or YAML templates instead of manually using the individual AWS APIs. This makes it possible to create multiple related resources with a single request. Because it can automate the setup and deployment of various Infrastructure-as-a-Service (IaaS) services on the AWS, it’s also known as infrastructure automation or Infrastructure-as-Code (IaC) tool and a cloud automation solution. CloudFormation supports almost every AWS service.

CloudFormation can be used to automate the configuration of workloads that run on the most popular AWS services, such as the EC2 computing service, S3 storage service, and the IAM service for access control settings.

There are plenty of tools and automation options for taking your cloud infrastructure to the next level. Setting up a VPC and configuring a load balancer is an easy way to get started, but as you add more servers and services like database clusters and message queues, it gets more complicated. If you’re looking for a simple way to automate all of your systems, Terraform is probably the best option. It’s particularly useful if you want to set up multiple environments (staging, development, production) but don’t want to have to set each one up individually.

It’s also useful if you’re trying to manage your infrastructure in a multi-cloud environment since it supports all major cloud providers. Terraform can be used to develop and modify infrastructure components. However, the tool isn’t utilized to set up the cloud environment. It’s not precisely an automated tool, but it’s close.

Git is also an excellent tool for automating your infrastructure—it’s how we at Opbeat run our infrastructure! Git allows you to create branches with different configurations that you can easily switch between. It also makes it easy to roll back changes if something goes wrong. This is useful when trying out something new or experimenting with different configurations for performance or security reasons.

Once you’ve decided what providers and resources you want to use, how do you ensure that your infrastructure is configured correctly? There are a few tools out there that will help you, but we think Ansible is the best. It’s an open-source tool with a simple, easy-to-use syntax that lets you automate system administration tasks. It’s also free and works on Windows, Unix/Linux, and Mac OS X. Ansible is agentless, so it requires no additional software or hardware. You can run it from anywhere on your network, including via SSH on any machine with Python 2.4 or later installed—you could even install it in a virtual machine if you like.

Chef is one of the most well-known and widely used infrastructure automation technologies. It’s easy to scale and can handle anything from 5 to 5,000 servers. Continuous delivery and configuration management are made more accessible. Chef allows IT professionals and cloud engineers to automate infrastructure building, deployment, and administration by converting it to code.  The chef’s key features include task automation through the use of reusable definitions.

You can construct your own resources or utilize the preset ones as a starting point. Before deploying to production, I can test code on a local workstation or isolated environment. It can be used for security and compliance automated testing and infrastructure management, auditing, and troubleshooting dashboards.

Puppet has its own language, Puppet, which is accessible in both open source and commercial versions. Like other DevOps tools, Puppet automates modifications, removing the need for manual scripting. On the other hand, Puppet is not just another shell language like Windows’ PowerShell or Unix and Linux’s Bash shells. Puppet isn’t a pure programming language like PHP. On the other hand, Puppet employs a declarative, model-based approach to IT automation. Puppet can now define infrastructure as code and use programs to enforce system settings.

SaltStack is a well-known name in the infrastructure automation world. It takes an approach to IT administration by developing simple to use, quick to load, and scalable software. For orchestration, configuration management, and remote execution, SaltStack provides a dynamic communication bridge. SaltStack has been one of the most active and fastest-growing infrastructure automation projects in the world since its inception in 2011.

Some of the key Characteristics include that SaltStack is an Orchestration of several clouds, and its Security policies are immediately audited. SaltStack has Integration and deployment of code continuously. Data administration is made easier with data filtering and event aggregation. And it can be used without an agent or with a robust agent.

When a stack has to be updated, all you have to do is perform an update on the stack, and AWS will take care of the rest. ChangeSet goes a step further by allowing you to preview the effects of the changes you’re making before they’re implemented. This would be the terraform counterpart of terraform plan in the terraform universe.

Kubernetes, a container-centric management platform, has become the de-facto standard for deploying and operating containerized applications due to the broad adoption of containers among enterprises. Kubernetes, which was first created at Google and published as open-source in 2014, was born on Google Cloud. Kubernetes is based on Google’s 15-year experience operating containerized workloads and the open-source community’s essential contributions. Kubernetes, which was inspired by Google’s internal cluster management system, Borg, simplifies the process of deploying and administering your application.

NetApp Cloud Volumes ONTAP is a storage management product from NetApp. It assists in keeping data in the cloud safe, secure, and correctly managed in order to make the best use of the space available. The cloud infrastructure automation program can manage 368TB of data. The software can handle file sharing, backups, database archiving, and recovery in the event of a problem, among other things.

Cisco is a significant player in the Cloud and automation services markets. Even the cloud has a diverse set of services, including public and hybrid cloud solutions. Cisco Intelligent Automation for Cloud is an add-on to the company’s Cloud service. This guarantees that users have access to all necessary services under one roof. Amazon, Google, IBM, Microsoft, and other companies do something similar. On the other hand, this tool can be used in various Cloud setups. It is made up of a self-service interface via which users can simply manage their Cloud environment.

See also  20 Tips for Great UI for Your Mobile Application

Azure Automation is a cloud automation solution that can be used in Azure Cloud as well as other cloud environments. It comes with a slew of capabilities that make managing your Cloud migration and deployment a breeze. It also automates the management of the Cloud infrastructure’s compliance and maintenance. Update management, process automation, and other configuration-related features are among the features available.

The Google Cloud Deployment Manager is the solution for individuals who want to transfer to the cloud with Google Cloud Computing. It deploys in parallel and in a consistent manner. Configuration templates are also used to automate configuration and deployment. Google’s technologies, including CLIs, APIs, and GUIs, are available to businesses. They can handle all aspects of the cloud environment’s configuration and management.

Finally, Cloud infrastructure automation is essentially the practice of configuring and managing computing resources in a cloud environment. These include physical computers, virtual machines, storage, network devices, and applications. There are many tools available to automate cloud management and help you manage your cloud infrastructure. These tools can be divided into two categories: those that support cloud management and general system administration.

However, we are very hopeful that you find all the tools listed in the guide useful and will try them out to get the best out of your Cloud Infrastructure. Mobirevo is a cloud development company in Nigeria that helps African businesses upgrade and implement much faster and more flexible Cloud Application Development Services. If you have an idea or wish to enhance an existing app and get a free quote, you can contact us right away. We promise the most cost-effective and high-quality items available.

Our team at Mobirevo strives to provide unrivaled services to all of our valued clients. You can also check out our case study page to see our client’s portfolio and get a better understanding better understand delivery. Also, contact us if you have any questions about our services, and we will get back to you as soon as possible. Want to receive more content like this? You can sign up for our newsletter, which features curated opinions, and web app development tools for building remarkable digital assets.

The Best Mobile App Development Frameworks for 2022
What is Database Development? What are the Most Important Tools Used?
WordPress For eCommerce Websites
Post Views: 30
Share on:

How To Create An eCommerce Store Using

What Is Laravel Development, And How To

How To Build A Real Estate Management

How to Build a Mobile App from