Over the past few months, we have been developing apps for our clients using Flutter and Flutter framework. During these times, we have come across many questions that many people who are new to Flutter ask themselves. If you are reading this article, it’s quite likely that you’ve been hearing quite a bit about this new framework called Flutter and how it can help you develop beautiful, fast, and native-looking apps for iOS and Android with just one codebase.

This article will try and answer some of the most common questions about Flutter development that we have seen asked in various places online (Reddit, forums, StackOverflow, etc.) by people who are interested in learning more about the framework.

What is Flutter Development? 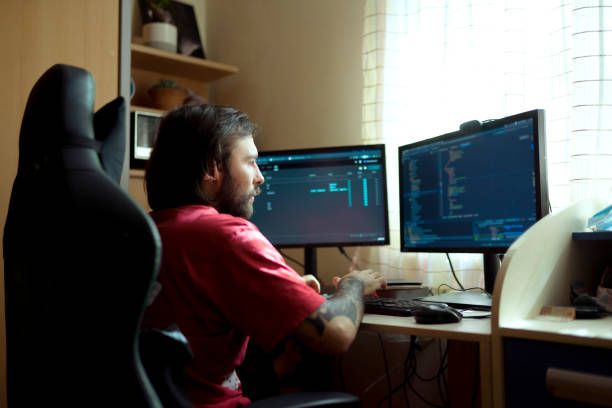 The popularity of Flutter is rapidly increasing among other cross-platform frameworks due to its simplicity. Flutter is a free, open-source software development kit (SDK) created at Google. It is used to create mobile, desktop, and web applications. The framework has a rich set of widgets and tools that can easily help you build customized apps. Flutter was introduced in 2015 by Google, and since then, it has become one of the most widely used frameworks for mobile application development.

Flutter supports both iOS and Android platforms and uses a single codebase for the same. It is fast, reliable, and flexible. Its main aim is to help developers build high-quality native interfaces for both iOS and Android at record speeds. The mobile app SDK is a toolkit for building mobile applications using popular programming languages like Kotlin, Swift, and Dart. According to a recent survey conducted by Dashlane, a password manager company that specializes in internet security, Flutter was the second most loved framework among developers (53.3%), trailing only ReactJS (54%).

And according to the Ionic Developer Survey 2020, published earlier this year, Flutter is now the second most popular cross-platform framework (behind only Ionic), with 29% of respondents saying they use it daily. Flutter enables developers to build native interfaces for both Android and iOS at the same time using just a single codebase. In addition to that, it also allows them to build cross-platform apps for the web, desktop, and embedded devices with varying degrees of success.

And because it does not rely on OEM widgets or WebViews like other cross-platform frameworks such as Cordova or React Native, Flutter has been adopted by some big companies.

What Is the Framework of Flutter? 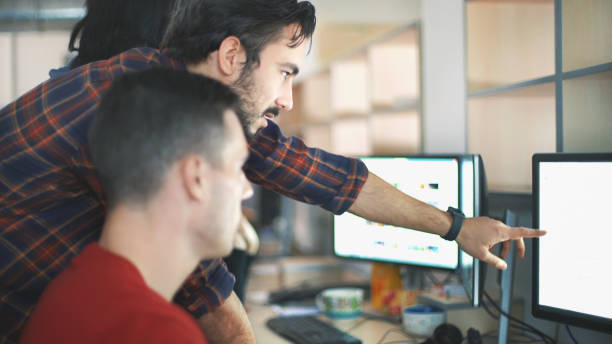 Flutter is a Google-created open-source mobile app development framework. It is the primary method of creating Google Fuchsia applications and is used to develop apps for Android and iOS. It is possible to create apps for Android, iOS, Windows, Mac, Linux, Google Fuchsia, and the web from a single codebase. Flutter’s first version, dubbed “Sky,” ran on the Android operating system. It was unveiled at the 2015 Dart developer summit with the stated goal of rendering at 120 frames per second on a consistent basis.

To provide full native performance on both iOS and Android, Flutter widgets incorporate all critical platform differences such as scrolling, navigation, icons, and fonts. Flutter is designed for 2D mobile apps that can run across platforms, but it does not support running across platforms from a single code base out of the box. Flutter code can interact with host platform code via platform channels (host meaning platform-specific code like Java or Kotlin on Android and Swift or Objective-C on iOS).

See also  Everything you Need to Know About Flutter Development

Is Flutter a Java Framework? 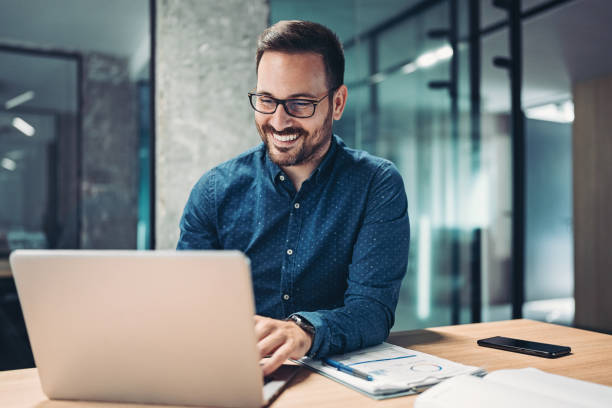 It’s important to note that Flutter is not a Java framework. It is a Google-created open-source mobile application development SDK. It is the primary method of creating apps for Google Fuchsia and is used to develop apps for Android and iOS (the capability-based operating system currently being developed by Google). Flutter is a free, open-source mobile SDK that lets you build Android and iOS apps from the same code base. Flutter is an iOS and Android app development framework that uses the Dart programming language and comes with extensive documentation.

Flutter is a UI toolkit for building beautiful mobile, web, and desktop apps with a single programming language and codebase. React Native is a framework for building cross-platform apps. Flutter is based on Dart, an object-oriented programming language developed by Google. Flutter is more than just a framework; it’s a full SDK (Software Development Kit) that includes everything you’ll need to create cross-platform apps. Flutter apps aren’t hybrid; they’re completely native.

Flutter is not a Java framework; it’s a framework for creating native apps using Dart, which is compiled ahead of time (AOT) into native code for both platforms. Dart is a lot like JavaScript and was developed by Google. Flutter has two parts: the SDK and the framework. The Flutter SDK contains all the tools you need to develop apps, including the Dart compiler. You can think of the Flutter Framework as your app running on top of the engine that knows how to paint pixels on the screen and respond to touch events. It’s written in C++, which means it’s fast enough for mobile devices.

Is Flutter a Framework or Platform? 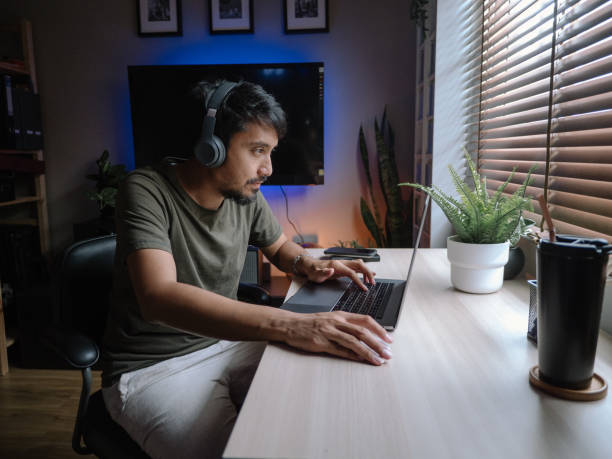 As of this writing, Flutter does not support web development. A project called Hummingbird is in the works for web support, but it is still early in development. This means that Flutter can be considered to be a platform because it has its own runtime (which executes on the device) and gives you access to the device’s hardware. Since Flutter is its own platform, it can also be considered a framework because you can use it to build apps on that platform.

Can We Use Python in Flutter? 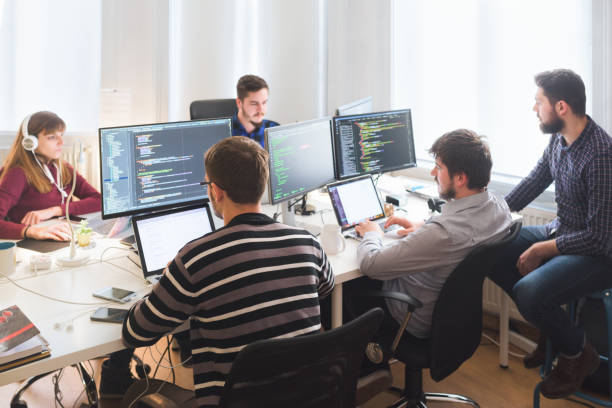 Flutter is an open-source UI software development kit used to develop applications for Android and iOS. It is the primary method of creating applications for Google Fuchsia, Flutter widgets incorporate all critical platform differences such as scrolling, navigation, icons, and fonts to provide full native performance on both reads and writes. Flutter apps are written in the Dart language, which is similar to Java/Javascript. If you want to write your app in Dart only, there are many ways to call native code from Dart – like using platform-specific APIs or MethodChannels.

You can easily implement/call python functions from your dart code using these features. However, this will take some time to set up and configure everything properly.  Flutter does not currently support building for x86 Android (often used in emulators). Support for building x86 Android is in progress and should be available soon. It works well with any of the most popular IntelliJ IDEs such as Android Studio, IntelliJ Idea, or Visual Studio Code. There is no Python support in the Flutter framework itself. But there are some ways that might help us leverage Python in Flutter:

Is Flutter Backend or Frontend? 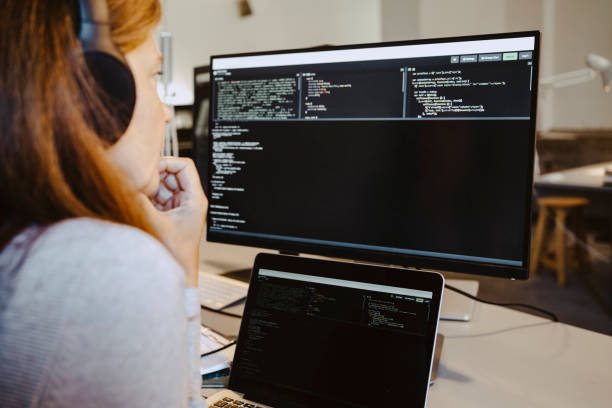 The recently released Flutter 1.12 brings many new features and improvements to the framework, making it a great time to start building with Flutter. Originally designed to focus on cross-platform development for iOS and Android, Flutter has since added support for web applications, desktop operating systems (Linux, Mac, and Windows), and connected devices like smartwatches and TVs. This means that you can use the same codebase to create apps that run on all major platforms while still taking advantage of platform-specific features.

Flutter is a frontend framework. It makes it possible to develop natively compiled applications for mobile platforms and desktops from a single codebase written mainly in the Dart programming language. However, there has been some talk about rolling out support for the web version of Flutter apps so that they can run in web browsers. The feature will be called Hummingbird and will rely on a compilation of Dart code into JavaScript instead of machine code — or ARM assembly.

Top Apps Made with Flutter Framework 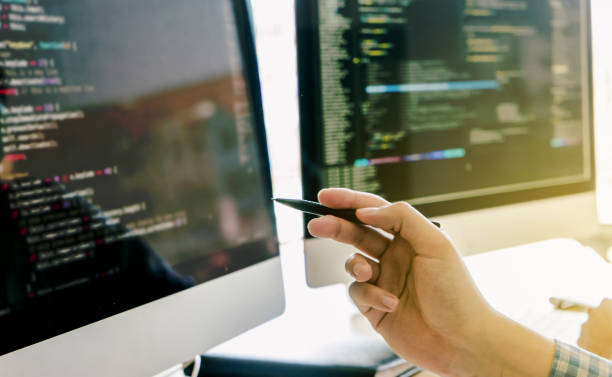 Many Apps have been built with this flexible platform and framework that is based on the Dart programming language. All Flutter apps are written in Dart. Since Google creates both Flutter and Dart, you can expect excellent documentation and strong IDE (Integrated Development Environment) support from Android Studio, IntelliJ IDEA, or Visual Studio Code, which should make the process of developing your app with Flutter much smoother.

The Alibaba group has made several apps with it. Google’s own AdWords app is now built with Flutter. In a blog post, the company explained that the app was built in record time thanks to Flutter’s ability to hot-reload changes instantly. Another app that uses Flutter is Hamilton: The Musical. The Broadway production company just launched a karaoke app featuring songs from the musical. There are a lot more. 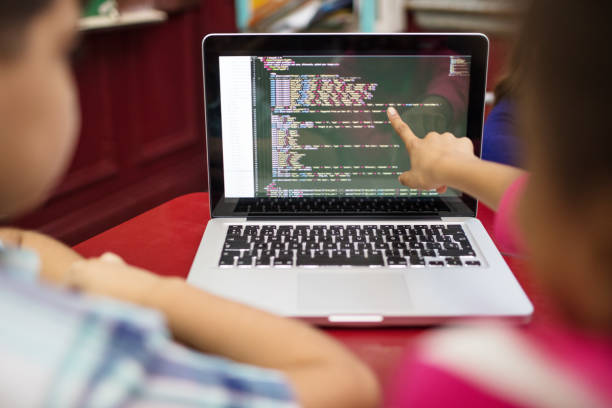 Flutter has been in the market since 2015, when Google first announced it at the Dart developer summit. Since then, it has seen significant growth in terms of adoption across industries ranging from startups to large enterprises like Alibaba and Tencent. There are many reasons why you must choose Flutter for your next project, and here is why.

See also  PHP Vs. Java - Which is Best for Web Development?

Finally, Flutter is a free and open-source mobile UI framework. It allows you to create a native mobile application with only one codebase in a few words. This means that you can use one programming language and one codebase to create two different apps (for iOS and Android). Using the framework comes with many benefits, as we have discussed above. We hope this answer to some of the common and frequently asked questions about Flutter development helps you learn more and takes your skills to the next level.

Mobirevo is a Flutter app development company in Port Harcourt, Nigeria, with experience creating rich web applications, including SaaS and PaaS, that have the same or broader capabilities as desktop applications. You can contact us today to get a free quote. Our team at Mobirevo strives to provide unrivaled services to all of our valued clients. You can also check out our case study page to see our client’s portfolio and better understand the quality of products we deliver.

Also, contact us if you have any questions about our services, and we will get back to you as soon as possible. Want to receive more content like this? You can signup for our newsletter, which features curated opinions and product discovery tools for building remarkable digital assets. If you sign up for our weekly newsletter, you will be the first to know when we publish fantastic content like this. You can also visit our blog to see other content created with love by our amazing team.

How to Get Started With Angular Development
What is Project Discovery Phase in Custom Software Development
Best Tools for Cloud Infrastructure Automation
Post Views: 17
Share on: