The popularity of React Native programming can be attributed to its numerous advantages! From a simple learning curve to code reusability, cross-platform development, high-speed development, community support, and the creation of native-like applications, this framework has a lot to offer. React Native developer tools are a must-have when it comes to technical features. These tools are some of the most important components of React Native App Development Services.

What Is React Native App Development 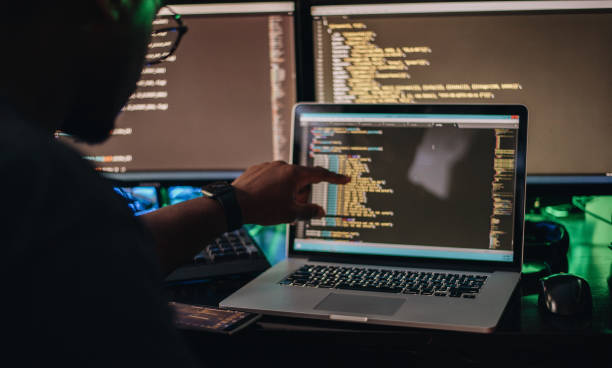 React Native is a JavaScript framework for creating natively rendered, real-time mobile apps for platforms like iOS and Android. This framework is built on React, a JavaScript toolkit for creating user interfaces. It now concentrates on mobile platforms rather than the browser. The development tools for React Native make it easier to create React Native apps. Furthermore, web developers do not need to learn a new programming language to create native-looking mobile apps.

This is accomplished through the use of a JavaScript library that they are already acquainted with. Because most of the code you write can be moved between platforms, the React Native stack is a true game-changer in terms of productivity and development speed (web, desktop, iOS, Android). React Native makes it simple to create apps for both Android and iOS. React Native applications, like React for the Web, use a combination of JavaScript and XML-like syntax.

To force someone to be in a specific state, the React Native Bridge uses native APIs in Objective-C/Swift for iOS and Java/Kotlin for Android. As a result, instead of using web views to render your app, it will use genuine mobile UI components, and it will look and feel like any other mobile app. With the help of React Native, the true nature of JavaScript interfaces for platform APIs is revealed. React Native is a framework that uses existing rendering methods to convert HTML syntax into native UI elements.

React Native also keeps its responsibilities and work separate from the main UI thread, allowing your app to run quickly without sacrificing functionality. React Native uses the same update cycle as React: when props or state changes, it re-renders the views. The most significant difference between React Native and React in the browser is that React Native achieves this by adding something new to the UI libraries of its host platform, rather than simply using HTML and CSS syntax.

React Native stands out from most existing cross-platform application development tools because it uses its host platform’s standard rendering APIs to cause someone or something to be in a specific state. While this method can be used effectively, it does have some disadvantages, most notably in terms of performance. As a result, they usually do not have access to the host platform’s native UI elements. 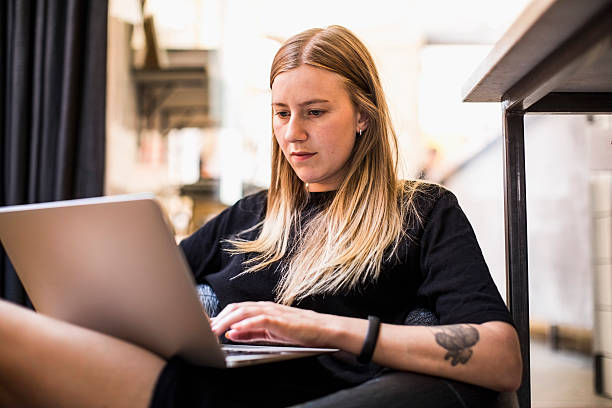 Microsoft released Visual Studio Code, a lightweight source-code editor, in 2015. It is a powerful source-code editor. It’s open-source and free to use, and it’s written in JavaScript, CSS, and TypeScript. It runs on a variety of platforms, including Windows, Mac OS X, Linux, and others. Visual Studio Code supports a variety of technologies, including Node.js, TypeScript, and JavaScript. It also has a large ecosystem of extensions for C#, C++, Python, PHP, Java, Go, and other programming languages. It’s also compatible with the Unity and.NET frameworks.

As the name implies, this program enables React Native development for Android. Android Studio 4.1 was the most significant update. Support for Kotlin DSL in the Android Gradle plugin, a newer database inspector, the ability to run an Android emulator inside Android Studio, a visual layout editor, a faster emulator, an APK analyzer, a flexible build system, a smart code editor, real-time profilers, and much more are all included in the latest version of Android Studio.

Andrew Clark and Dan Abramov created Redux, a JavaScript app, in 2015. It’s an open-source user interface creation tool that’s frequently used with libraries like React, Angular, and others. It’s a small tool that’s less than 2kB in size, including dependencies. It makes it easier to create apps that run in a variety of environments, including native platforms, front-end, and back-end, and are easy to test. There are also tools like a time-traveling debugger and real-time code editing included. As a result, React Native development companies should seriously consider incorporating this technology into their projects.

This program works with Windows, Mac OS X, Linux, and other operating systems as a stand-alone desktop application. Redux, arguably the best debugger tool for React Native developers, is already in use. It comes with both React Developer Tools and Redux DevTools. You can also use this tool to change the UI and inspect React Native components.

Flipper is one of the most powerful React Native development tools on the market. It’s extremely comprehensive, and it’ll significantly boost your coding efficiency. Flipper is a dynamic debugging platform for iOS, Android, and React Native applications. It provides a simple desktop interface for viewing, inspecting, and operating mobile apps. The Flipper tool can also be used as a plugin API enhancement. It works with all major operating systems (Windows, Mac, and Linux).

The FB Flipper platform comes with network logging, logs (console logs), React DevTools, Layout Inspecting for easier UI development, Hermes Debugger, and other features out of the box. It also grants you the ability to create your own plugins that are tailored to your specific requirements.

The web application React Navigation allows you to navigate. It’s written in JavaScript and popular among developers because it allows them to use navigators like Drawer, Tab, Stack, and others to create navigation and routes in native apps. It’s an easy-to-use program with a lot of customization options and Extensible Platforms. It’s used to make visually appealing Android and iOS components.

The official CLI for the React Native framework is React Native CLI, which is an MIT licensed program. This program offers a one-of-a-kind approach to launching a React Native application from the command line. This function is required if the React Native developer needs to access the app’s native layer. It’s frequently used to automate tasks such as running the packager, connecting, and building apps. On occasion, it’s also used as a debugging tool. It is possible to create custom configurations. It can be used to install a React Native project that has already been configured with a specific package, such as TypeScript, or even entire boilerplates.

Some Other React Native Tools Include: 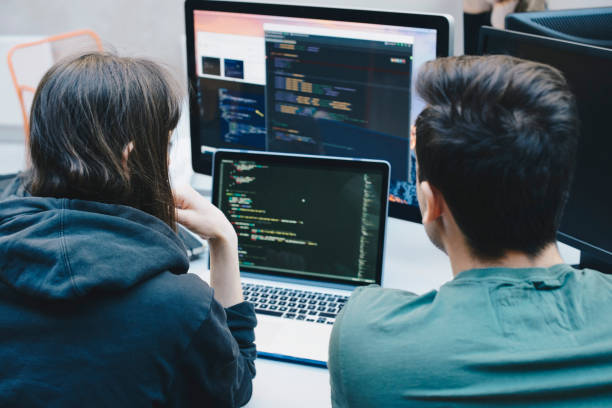 See also  Why is Quality Assurance so Important in Software Development? 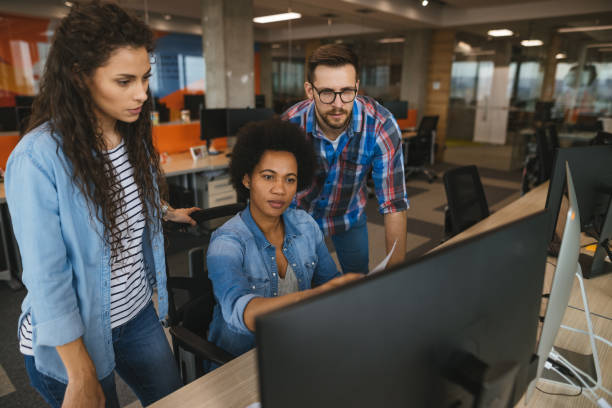 It takes longer to develop an app for two different platforms than you might think. You don’t want to lose any Android or iOS users. One of the major advantages of React Native is that it allows for faster development due to its code reusability feature. Instead of writing separate code for both platforms, developers can reuse code for components in the other operating system.

On the other hand, if you want to save money on development, you can hire a React Native app development company. Because the framework is open-source, there are no licensing fees. It also has features like easy migration, code reuse, and a variety of third-party plugins to help you save money on your app’s overall cost.

3. A single source of code

React Native app development is significantly less expensive than competing frameworks due to its code reusability. Developers can use a single codebase for both Android and iOS app development. It allows companies to save time by avoiding the need to rewrite code for the same components on different platforms. React Native can also be used to connect code written in another programming language.

It will allow you to add features that aren’t available in the React Native libraries. By using a single codebase and focusing on app optimization to improve the user experience, developers can save time.

React Native is well-known for its third-party connectors, but it also has a wealth of plugins that can enhance the functionality of your company’s mobile app. Thanks to these third-party plugins, Web View functions are no longer required. These plugins can be linked to the native module, allowing developers to create mobile apps that are faster, more seamless, and have more features. React Native development simplifies the creation of sophisticated cross-platform apps for developers. Here are five reasons to switch to the React native platform for your app development.

Third-party integrations are React Native app development solutions that can cut down on the time it takes to write complex coding blocks while building a large mobile app. These plugins are simple to integrate into both platforms and add new features to.

Even if you’re only interested in getting a mobile app for iOS or Android, why not use React Native to get one for both? One of the most significant benefits of React Native development is that it is a cross-platform app development framework that includes all of the tools you’ll need to create an app for both iOS and Android. Every platform is supported by the React Native code. While you can choose to target one audience at a time, React Native allows you to target them all at once. You won’t have to worry about how long it takes because React Native keeps it to a bare minimum.

How Can Our Services Help you with React Native App Development? 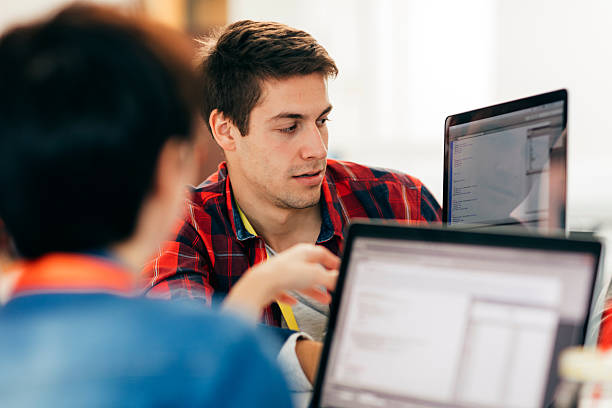 We’re a React Native development firm that combines the best of native development with React, the best-in-class JavaScript library for creating user interfaces. You can now use React Native app development in your existing Android and iOS projects, or you can start from scratch and create entirely new apps. It reacts to primitives in the platform’s original interface. This indicates that your app makes use of the same embedded platform APIs as other apps. Create platform-specific components so that a single code base can be shared across multiple platforms.

With React Native, teams can support two platforms while using the same technology. You can use React Native to create fully integrated apps without sacrificing the user experience. It comes with a core set of platform-independent components like views, text, and images that correspond to the platform’s user interface building blocks. React components use React declarative UI and JavaScript patterns to bundle existing native code and interact with native APIs.

The right tools will allow you to develop mobile apps faster and distribute code more efficiently across the Web without compromising the end user’s experience or the application’s quality. Mobirevo is a React Native development company in Port Harcourt, Nigeria with experience in creating rich web applications, including SaaS and PaaS, that have the same or wider capabilities as desktop applications. We have vast design and technical experience in React Native application development services and are available 24/7 to provide support to our customers.

Get in touch with us, let’s talk about making your SaaS ideas a reality! Our dedicated development team has extensive experience. You can contact us today to get a free quote. Our team at Mobirevo strives to provide unrivaled services to all of our valued clients. You can also check out our case study page to see our client’s portfolio and get a better understanding of the quality of products we deliver. Also, contact us if you have any questions about our services, and we will get back to you as soon as possible.

Want to receive more content like this? You can signup for our newsletter, which features curated opinions, and product discovery tools for building remarkable digital assets. If you sign up for our weekly newsletter, you will be the first to know when we publish awesome content like this. You can also visit our blog to see other content created with love by our amazing team.

How Mobile App Development Services Work? — A Step-by-Step Process
Android development with Python: How to Get Started
PWA vs Native app: Which is best for your business?
Post Views: 13
Share on: