Android is a mobile operating system developed by Google, based on the Linux kernel, and designed primarily for touchscreen mobile devices such as smartphones and tablets. Android also supports handheld devices, and in 2013, it was used on 6.2% of the web globally. Android’s user interface is based on direct manipulation, using touch gestures representing standard objects such as files, contacts, maps, and recent applications. The user interface is built on top of the Linux kernel. In addition to touchscreen interfaces for mobile devices, Android supports remote application execution over a wireless network (RWA), which can be used to control applications running on larger computers.

The primary graphical user interface (GUI) metaphors are those of mobile devices: touch screen displays oriented around finger actions and extensive use of graphics to display information. Due to the popular demand for android development and its impact in our today’s world, it is now paramount to highlight some of the best programming languages to ensure best practices in android development. If this is why you are here, keep reading.

The list of Best Programming language in Android Development 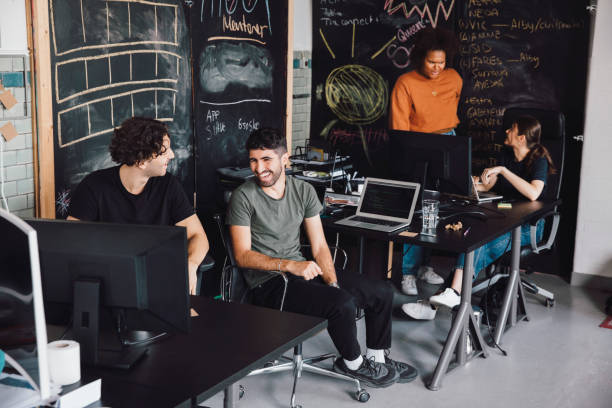 Java is one of the most popular programming languages for creating Android apps. Advantages include a large community, several code libraries, solutions, and ready-made modules. In general, if developers run into issues, they should be able to find solutions quickly. Many apps in the Play Store are written in Java, also Google’s most widely supported programming language. Java is undoubtedly the industry leader and may justifiably be referred to as the principal language for Android development.

The fact that practically all official Android programming classes and instructional manuals are written in this language attests to its popularity. Java is used in dozens of programming businesses; thus, learning Java in the context of the Android ecosystem is a fantastic place to start for prospective Android developers.

You can achieve almost the same thing with Kotlin as you can with Java, but with fewer lines (Extensions, Data Classes, Null Safety). It’s worth emphasizing the UI design work: thanks to Android Extensions, you don’t have to deal with the boilerplate with findViewById, etc. Furthermore, Kotlin enables you to employ all of Java’s best features in a software product while avoiding its drawbacks. Kotlin programming’s syntax and other features are modern, easy to learn, and fast, with a simple development environment.

The only significant difference is that Kotlin does away with some of Java’s extraneous features, such as null pointer exceptions. It also eliminates the need for a semicolon at the end of each line. In brief, compared to Java, Kotlin is significantly easier for beginners to learn and may also be used as an “entry point” for Android App Development.

See also  How To Develop A SaaS Application In Minimum Time

C++ is a cross-platform programming language for developing high-performance mobile and desktop applications. This high-level universal language was introduced as an enhanced version of the C programming language. It provides complete control over memory and system resources to developers. You can use one of the many libraries available for this language to create Android apps. You’ll need your own set of software called the NDK if you want to run C++ code in AndroidStudio.

The NDK helps you to increase performance, which is critical for successful Android application development. C-languages are also considered high-performance languages. If you have a specific purpose, you can use C or C++ to design Android apps.

Because C# is so comparable to Java, it’s great for developing Android apps. Garbage collection is implemented in C#, much like it is in Java, to reduce the risk of memory leaks. In addition, C# has a cleaner and clearer syntax than Java, making coding with it a lot easier. C# can be said to have taken the best of Java and added some of its own unique characteristics. Xamarin is required for Android programming in C#. It may also be used to construct a single C# application logic for Android and iOS. C# major disadvantage in the past was that it could only operate on Windows platforms since it relied on the.NET Framework. Xamarin, on the other hand, took care of this issue.

Even though Android does not enable native Python programming, Python can be used to create Android apps. Various technologies can be used to convert Python apps into Android Packages that can be executed on Android devices. A great number of resources for Python development for Android have recently become available. As a result, it has become the greatest programming language for Android app development, with the most stable platform and widespread support. It also comes with an outstanding toolset that includes the majority of the standard library and a lot more. Any Python-based third-party module can be readily added. Another reason Python is so widespread and popular is because of this.

The Adobe PhoneGap framework, which Apache Cordova powers, may be used to construct Android apps using HTML, CSS, and JavaScript. The PhoneGap framework essentially allows web developers to create hybrid apps that are shown using “WebView” but packaged as mobile apps. While the Adobe PhoneGap framework is adequate for basic Android app development tasks, it does not require much programming beyond JavaScript. And, because even creating a competent app takes a lot of effort, it’s best to choose one of the other languages on our list if you want to be dubbed a true Android developer.

If you’re familiar with Javascript, you can study React Native, an open-source framework that’s becoming increasingly popular. With react native, you can create beautiful and powerful hybrid apps that run on both Android and iOS. Learning react-native can help you establish a career in software development because hybrid app development is becoming increasingly popular.

In today’s world, ignoring Dart as a programming language is akin to ignoring the elephant in the room (because the elephant is Java). Dart is an open-source programming language that underpins the Flutter framework, which is gaining popularity these days for its ability to quickly produce beautiful and performant web, desktop, and mobile apps. Dart’s main selling feature is that it was created by Google as a client-optimized language enabling rapid app development on any platform.

Dart’s major goal is to make UI creation easier for developers by including hot-reload capabilities, allowing developers to observe real-time changes while working on the app. Dart is also well-known for its speed, compiling to ARM and x64 machine code for mobile, desktop, and backend applications. Also, for web apps, JavaScript.

Lua is a programming language for creating Android cross-platform apps. Corona includes a customized development environment that works in tandem with Lua to provide customers with a much easier approach to developing Android apps than Android Studio while also giving them complete control over the process. Corona is a Lua-based software development kit that may be used to create Android apps. Corona Simulator and Corona Native are the two operating modes. Corona Simulator is used to create apps directly, whereas Corona Native is used to connect Lua code with an Android Studio project to create an app with native functionality.

This is the greatest language for a novice. It will be compatible with the B4A development environment. The syntax of Basic4Android is fairly close to that of Visual Basic. You can utilize many extra libraries with different functions while designing apps on it, and you won’t need any specific runtime tools to run programs. Basic4Android features a robust visual designer that works with a variety of screen sizes and orientations. You can learn a lot of new things and make basic apps without putting in a lot of effort, but you’ll need to learn one of the languages indicated above to make complex apps. 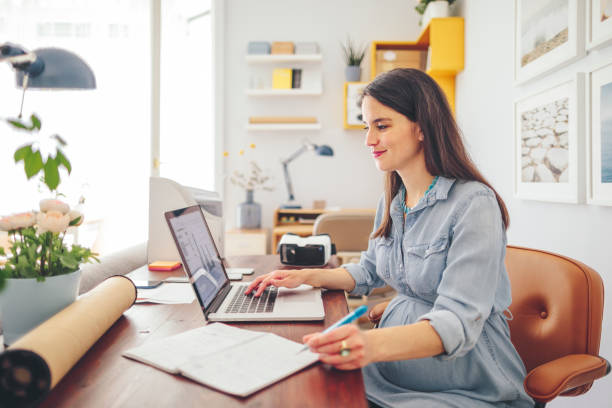 We build every kind of mobile app, such as business apps, games, etc. We have developed several apps using our proprietary tools and technologies available to download on Google Play Store or App Store. You will be able to make use of them once they are published in those stores. However, we also provide custom development services if required. Our Android development projects are some of the best you will see around. We provide full-stack web development services, including website design, search engine optimization (SEO), web content management, and mobile application development, making us one of the best options for choosing an Android app development company.

Our work is based on cutting-edge technologies, and our developers are proficient in designing and developing apps that meet industry standards. Our expert team is well versed in all aspects of mobile application development, and we always strive to provide our clients with quality products that meet their expectations.

Why Choose us as your Android Development Company 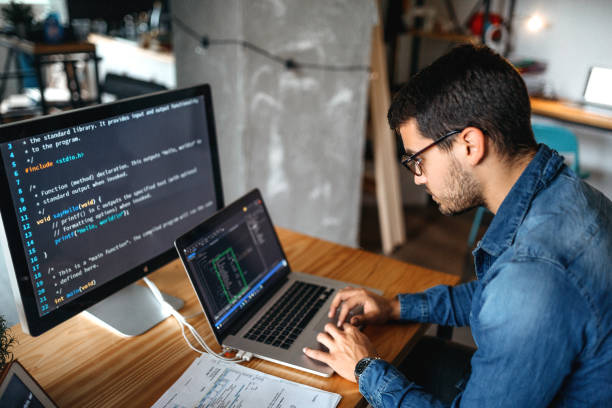 Android is one of the most popular mobile platforms today. It is estimated that over 1 billion Android devices are in use worldwide. Android is a Linux-based operating system that allows users to download applications, customize their devices and connect with other devices using Bluetooth or Wi-Fi. However many developers have developed different applications for Android platforms, but not all of them can boast about the right etiquette for Android development. We are an Android Development Company that provides services for all types of mobile applications.

Our team of experts has been in the industry for many years, and we have gained a lot of experience. We can offer you the best solutions that are high-quality and cost-effective. Our team can help you with all your development needs, including mobile app design, UI/UX, backend development, and more. Moreover, we also have expertise in iOS and cross-platform apps. We have worked on all projects, from simple games to complex enterprise solutions with customization options. We have built our reputation by providing custom app development services to organizations across the globe.

Our team has successfully completed numerous projects for clients across the globe, and we have gained a lot of experience in this field. We will work closely with you, ensuring that your app meets all the requirements and requirements of the customers. Our services include:

Since the release of this open-source mobile operating system, it has evolved into a multi-user system that can be run on devices ranging from smartphones to tablet computers and televisions. Android applications have access to various parts of a device’s hardware; this includes various sensors such as GPS and Wi-Fi. Applications are written for this standard typically access these features through an application programming interface (API), which allows them to perform operations with minimal overhead. Android applications are primarily written in the Java programming language and rely on an application framework composed largely of XML documents. Hopefully, this article helps you decide on the best program for your next project.

20 Best .Net Development Tools to Help you in 2022
Everything you Need to Know About Flutter Development
The Role of UI in Brand Design
Post Views: 34
Share on:

What is Custom WordPress Development Services?

How To Choose The Best .Net Development

Front-end Vs Back-end Web Development: Everything you