PHP Vs. Java – Which is Best for Web Development?

In this article, we will be discussing the Pros of PHP Vs. Java Development and PHP Development in web development. Web development has grown in popularity since its introduction, and it is now one of the most widely utilized technologies in history. There is, however, no better moment to become a programmer or, to put it another way, a web developer. HTML, CSS, and JavaScript can be used to make simple web pages.

While using all three of them in one webpage is not required, they can be used in conjunction to create dynamic web pages. BerkeleyDB, GlassFish, the LAMP (Linux, Apache, MySQL, PHP) stack, and Perl/Plack are just a few examples of open-source Web development tools. PHP is a general-purpose programming language for web development and other applications. Java is an object-oriented programming language with a high level of abstraction and as few implementation dependencies as possible.

A PHP interpreter, which can be implemented as a module, a daemon, or a Common Gateway Interface (CGI) executable, is commonly used to process PHP code on a web server. Java applications are usually compiled to bytecode, which may execute on any Java virtual machine (JVM), regardless of the computer architecture. Java has a syntax that is similar to C and C++, although it has less low-level features than any of these languages.

What Is the Difference Between PHP and Java? 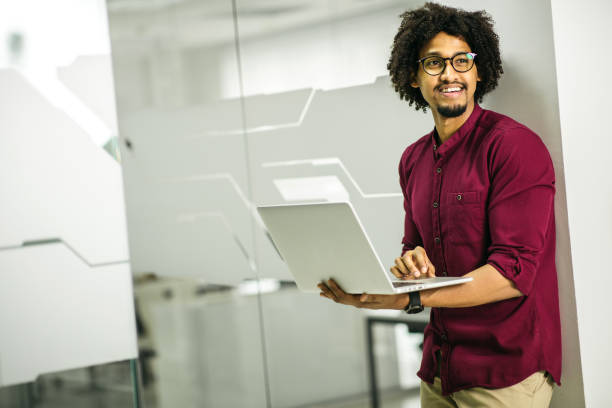 PHP and Java are two popular languages for web development. They’re both object-oriented, and they’re both imperative languages. You’ve probably heard the two languages being compared or wondered what the difference is between them. While the syntax similarities between the two languages might make you think that they can be used interchangeably, some notable differences are actually. Let’s go through the basics of both languages and their development environments.

Why Are They Compared? 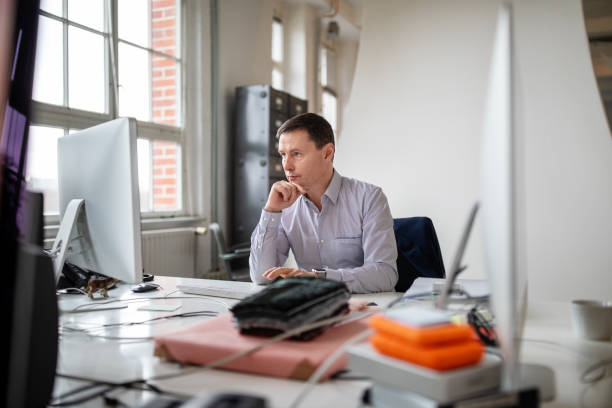 PHP and Java are both programming languages, and in many ways, they’re very similar. Many new programmers choose to learn these two languages or either of them. Learning either language will help you become a better programmer, understand how websites work and how to do your own. One similarity is that they’re both object-oriented, meaning they’re structured around objects that represent pieces of information. This is part of the reason why they’re compared so often—both languages were created with object-oriented development in mind.

See also  How to Choose the Best Software Development Company in Lagos, Nigeria

The ways in which they differ in their approach to object orientation may influence how you decide to use them in your programming work. One of the reasons why PHP and Java are often compared is that both are open source, for example, and both have been around for about twenty years. They both originated in the late ’90s as a way to create dynamic web apps and websites, which meant that the language needed to be flexible enough to allow programmers to write code without needing to re-write it every time they wanted to test something out.

They also needed it to be able to handle a lot of traffic—think thousands or even millions of users visiting the site at once. Another reason why they are compared with each other is for the fact that they are very popular. James Gosling designed Java in 1995 at Sun Microsystems, and it has remained one of the most popular programming languages ever since. It’s used primarily for server-side development but can also be used for client-side applications with a little help from JavaScript. PHP was created by Rasmus Lerdorf in 1994 while he was working on his own website.

The acronym stands for “PHP: Hypertext Preprocessor.” It’s been around since the early days of the internet, and it’s become a staple for creating dynamic websites. In fact, it remains one of the most popular choices for this purpose today. While they are popular and have some similarities, we have shown some of their differences above, which will help you make the best choice as a web developer. 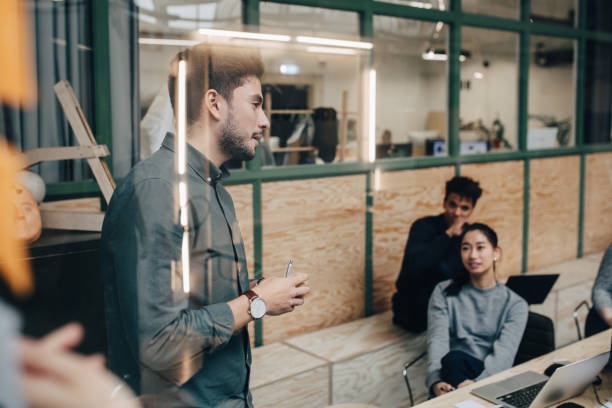 The most important thing about Java is that it’s cross-platform compatible: programs are written in Java run on Windows, Macs, and Linux systems without any issues. This makes Java a good choice if you want to write software that will work on multiple operating systems without having to rewrite your code from scratch every time. Here are some of the pros of Java Development.

Java boasts of a stronger security system than PHP and has more robust libraries, but PHP is quicker to develop with and offers greater flexibility at the expense of security. Due to this convenience and ease of use, Java is one of the most commonly used scripting languages on the internet today.

Java uses static typing. This means that Java’s type system helps you catch errors early on in the development process and prevents you from using incompatible methods or classes on an object. This can sometimes be an advantage if you don’t want the hassle of writing extensive tests for your programs—you can catch errors early on instead of dealing with them when it’s more expensive to change your code. However, this greater flexibility can allow for more straightforward modification of code later on, which might make a project more accessible.

Java is also great for beginners because it can run on any platform that has a JVM (Java Virtual Machine). Also, Java is an object-oriented language, which means that programs are built out of objects (pieces of data with specific functions) rather than having everything exist as one large piece of data. This allows for greater flexibility when creating software and makes it easier to reuse code for different purposes or as part of another program.

Java was created with the goal of being simple to use, making it easier to write, build, debug, and learn than other programming languages.

Java is an object-oriented programming language. This enables you to design modular programs and code that may be reused.

Java’s ability to transfer quickly from one computer system to another is one of its most significant advantages. The ability to run the same program on various computers is critical for Web software, and Java achieves this by being platform-agnostic at both the source and binary levels.

Java has been around for a long time, so if you’re just starting out as a programmer, you’ll be getting a lot of support online (forums, tutorials, etc.) through all the years of people who have learned the language before you. It’s also one of the easiest languages to learn because of its syntax and rules, which makes it easy to understand what’s going on. 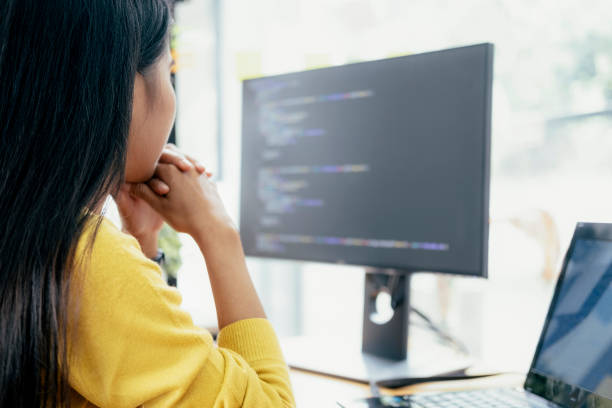 PHP has remained one of the world’s most universal and practical web development languages. PHP is a perennial favorite among newcomers and established development organizations worldwide due to its wide variety of functionalities, an incredible array of add-ins to enhance functionalities, an open-source nature, and tremendous online community support. This programming language is at the forefront of website creation for various reasons.

1. Easy and Simple to Learn

PHP is regarded as one of the most user-friendly scripting languages. Compared to other web languages, PHP does not necessitate much manual learning. The PHP syntax is well-organized and logical. Even command functions are simple to comprehend because they inform the developer of the purpose that they execute. As a result, web developers will have no trouble creating and optimizing the app.

PHP is highly adaptable, whether it’s in the middle of a project or after it’s over. Because functionality might change at any time during the course of a project, a scripting language’s flexibility is critical. The nicest thing about PHP is that it allows you to make modifications even after you’ve started the project, which saves you time. A developer doesn’t need to write new codes or command functions because updates to current codes and functions can be made and used.

The vast majority of operating systems are compatible with PHP. It runs on various operating systems, including UNIX, Solaris, and Linux. Existing software does not need to be redeveloped because it can easily connect with other technologies like Java. This helps you save both time and money.

PHP has the potential to become an efficient language depending on how the web developer codes. When writing codes, it is scalable, and it can also be utilized to create a huge number of applications. When a website has multiple web pages, it is the programming language of choice.

PHP is a free web language because it is an open-source project. Purchasing pricey licenses or software does not cost anything. It can work with various databases, including MySQL, Apache, and PostgreSQL. The cost of creating a website with PHP is relatively low.

The choice between Java and PHP is ultimately very subjective—it’s not as though either language is better than the other in all situations. Java and PHP are two of the most popular programming languages in use today. Due to their popularity, even non-developers know about both these languages. Some developers prefer Java due to its larger community of programmers or because they’re more familiar with it. Others prefer PHP because it’s easier or faster to use or because it lets them get right down to coding without worrying about extra steps like compiling their code into bytecode (Java) or compiling it into machine code (PHP).

Whenever a developer is discussing Java vs. PHP, it is important to understand what each one is used for and why you might choose one over the other. Mobirevo is a Java development company in Port Harcourt, Nigeria, we have gathered the technical information you need to create a dynamic and comprehensive solution for your business. Mobirevo provides R&D services and reliable results-oriented products with java development best practices. You can contact us today to get a free quote.

Our team at Mobirevo strives to provide unrivaled services to all of our valued clients. You can also check out our case study page to see our client’s portfolio and better understand the quality of products we deliver. Also, contact us if you have any questions about our services, and we will get back to you as soon as possible. Want to receive more content like this? You can signup for our newsletter, which features curated opinions and product discovery tools for building remarkable digital assets.

If you sign up for our weekly newsletter, you will be the first to know when we publish fantastic content like this. You can also visit our blog to see other content created with love by our amazing team.

Why is Quality Assurance so Important in Software Development?
Java vs. Python for Web Development: The Difference, Features, Price Comparisons
20 Important Tools for your SAAS Application Development
Post Views: 42
Share on: