In this article, we will discuss Vue.js for Mobile Development. Vue.js has become a very popular JavaScript library for creating mobile applications. But, many developers are confused about why they should use it. In an industry where new libraries are created every day, why should you invest your time learning Vue? What makes it different from React or Angular, or Ember? The answer lies in what makes any programming language or tool great: its simplicity and flexibility.

However, Vue.js is also one of China’s most popular progressive frameworks, with more than a million users from Tencent, Baidu, etc. So, how does it compare to React? While Vue might not be as popular as React, it can still do everything React can do. In fact, the two have comparable learning curves—so if you know React, you’ll have no trouble learning Vue. What about Angular or Ember? Those frameworks might have a steeper learning curve than Vue.

So if you’re looking for something simple to get started with but that still has the power to produce large-scale applications. Then check out our guide to getting started with Vue! 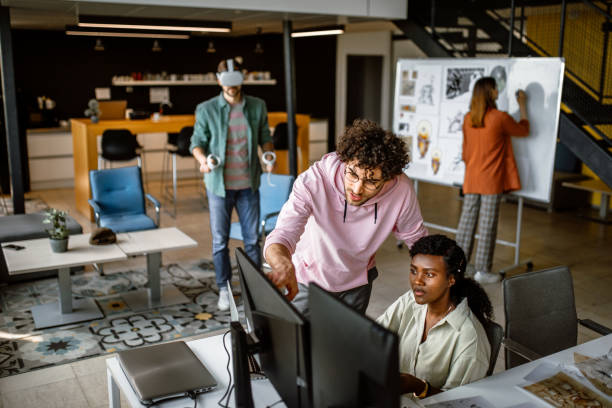 Vue.js is a JavaScript framework for creating single-page apps and user interfaces (UIs) (SPAs). Vue.js is open-source, just like the greatest of them. The architectural pattern is model-view-ViewModel (MVVM). Vue.js was designed and published in 2014 by Evan You, a former Google engineer and inventor of the JavaScript library Meteor. Vue is a favorite among modern frontend web developers because of its simplicity, versatility, and minimal size. On GitHub, there are currently over 200k users.

The MVVM architecture separates the business logic, or model, from the graphical user interface or view. The distinction, in effect, creates a purposefully intuitive pattern for frontend and back-end developers to deal with. The ViewModel is the structure that separates these issues and acts as a liaison. Vue.js also offers a core package that exclusively focuses on the view layer. Any further functionality must be obtained through Vue.js’s accompanying libraries. However, this tooling isn’t built-in, hence the term “progressive.”

Vue.js’s directives, on the other hand, are its most notable feature. Directives are HTML properties that allow developers to enhance HTML, the web page’s underlying technology that defines content structure. Here is a minimal example:

The above example demonstrates the two core features of Vue.js:

You may already have questions or are probably amazed. Don’t worry, we have you covered.

The Pros and Cons of Vue.Js

Vue.js, a progressive JavaScript framework for building user interfaces, has many benefits. It’s used by many large companies such as GitLab, IBM, Alibaba, and more. The best part about using Vue.js is that it can be easily integrated with different frameworks such as AngularJs, ReactJs, or even Meteor and Ionic frameworks. This makes it possible for developers to choose the right tool for the job without sacrificing the flexibility and scalability provided by Vue.JS.

However, It also has some cons, such as Vue doesn’t have a CLI (command line interface), so you’ll need to use a bundler like webpack or browserify to build applications with Vue.js (although many people already work around this issue by using a pre-made template called vue-cli). We will look into some of the pros and cons of Vue.js.

When compared to alternative frameworks, using Vue.js has obvious advantages. They should also be considered ahead of time when selecting the most appropriate technologies for your project and the most skilled team to collaborate with. The following are a few of these benefits:

Vue.js is simple to master, even for new programmers, especially if they understand JavaScript. The truth is that the Vue framework uses similar programming templates and styles as other JavaScript frameworks. Vue.js documentation is also thorough, providing developers with a complete description of all aspects of the task, from library installation to application scalability.

The main benefit of using Vue.js programming is getting a high-quality result with little work. Isn’t that what we’re all after? Indeed, its one-file components can contain all the required codes (JavaScript, CSS, and HTML) in a single file. You may construct any structure for your application because of its ease of use and flexibility. Vue.js is also incredibly user-friendly, as it makes the development process much more manageable. The codebase of an application does not become heavier as it increases.

Vue.js separates the stylesheet, HTML template, and other necessary methods, allowing you to control the process and understand which parts of the code can be accessed. With this, it will be easy to retain the code part of the project regardless of the app’s complexity.

Vue.js is a framework that uses HTML to render objects and a template system to make it easier to integrate with other apps. Vue is a flexible framework when compared to its competitors since it allows you to develop templates in HTML, JSX, or JS at your leisure. The framework’s structure is similar to those of React and Angular. As a result, switching from React or Angular to Vue is simple.

When compared to other frameworks, the Vue.js framework is very light. As a result, library loading and installation are quick, which improves SEO and user experience. Developers do not have to spend any additional time optimizing the software. Vue is easy to use for various tasks, from simple personal projects to complex multifunctional applications. The framework’s lightweight also helps to speed up the development process.

The Vue.js framework could seem great for various development projects if it weren’t for some of its drawbacks. There is no such thing as a flawless framework. Vue.js, on the other hand, has a few shortcomings that we think are worth mentioning.

Binding is one of the disadvantages of the Vue.js framework that the development team may encounter. The fact is that the reactivity system in two-way binding merely re-renders the code that was caused, and it frequently makes reading errors. As a result, they must be flattened for proper data processing.

On the one hand, code flexibility gives programmers a lot of options. On the other side, flexibility might lead to more inconsistency and faults in the code. The majority of code delays are caused by excessive flexibility, which occurs when multiple programming methodologies can be employed at the same time within the same team.

3. Constraints in utilizing the community

Many of the framework’s components are only available in Chinese. The biggest impediment to using this system is the language barrier. Nonetheless, the Vue community is regarded as resourceful when it comes to tackling non-trivial problems by consumers.

Vue.js has a tiny but dedicated developer community compared to other well-known frameworks. It’s not scalable; thus, it’s not appropriate for large-scale projects. A framework that will be utilized in large projects must be robust and offer strong support for immediate problem resolution. On the other hand, large corporations do not financially support the Vue.js framework. As a result, Vue.js is still predominantly utilized for single-page apps and user interfaces. 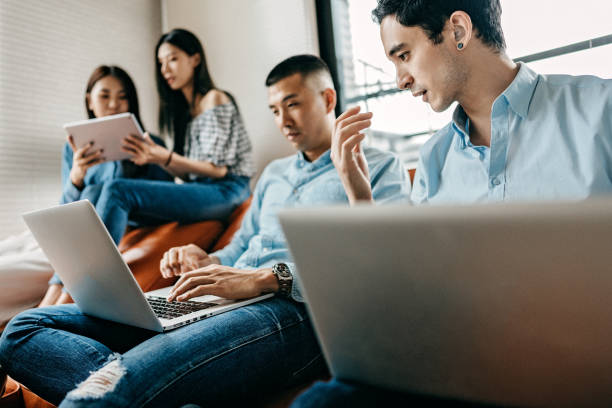 Vuetify.js is the ideal solution if you need assistance with Vue-based web projects. Vuetify is a Vue component framework that uses Google’s material design standards for UI components. Cards, sidebars, tabs, and other Material Design components are also available in Vuetify.js. Vuetify will assist you in creating a framework that includes all you require and more.

A strong framework for creating hybrid mobile applications. The best part about the Quasar framework is that the application will be built using VueJS 2 at its heart, with a near-native-like user experience. You’ll be able to ship responsive and mobile apps based on the same codebase. There are a number of reasons why the Quasar Framework is so popular. A superb performance that will not disappoint its users, rich documentation available on its website, delivering a comprehensive collection of UI components (Vue based), and so on are just a few of the reasons.

Onsen UI is a framework for creating hybrid applications that support Vue, Angular, and React. With various UI elements, Onsen UI ensures that you can create an application that is both simple to use and functional.

Vue Native compiles to React Native, so you’ve opened up all of React Native’s options if you utilize it. One of the primary aspects that attract people to Vue Native is its high adaptability. This framework makes it possible to create cross-platform native mobile apps using JavaScript. Because it combines Vue and React, Vue Native offers the best of both worlds. It combines the best of both worlds, making it a popular choice in the developing world.

Ionic Vue is another popular framework that allows you to combine React, Vue, and Angular. The ionic framework has quickly become one of the most popular options since it will enable users to use whatever JavaScript they like. Ionic Vue is an excellent Mobile UI Framework for designing high-quality, cross-platform native apps because of its flexibility and efficacy.

Framework7 has many native-like UI components that are required to build online apps. Because it does not support any other platform, developers can only use the material look or the iOS look to create apps. Framework7’s Vue.js components make this open-source mobile HTML framework compatible with Vue and aid in developing hybrid apps.

Another open-source framework that is ideal for developing native mobile applications. Vue.js or other JavaScript frameworks, such as Angular, can be used to create the application. Because this framework incorporates functionality from both Vue and NativeScript, creating cross-platform Android and iOS apps becomes much easier. The only thing to bear in mind is that you’ll have to use NativeScript UI components with NativeScript because ordinary HTML elements aren’t available.

Various components such as pagination, dropdown, breadcrumbs, and others are now available for users. However, Bootstrap is still working on its components and will supply its services properly in due time.

Vue.js is an open-source library for building user interfaces. It’s quite small and very easy to learn. The main concept behind Vue.js is that it’s an app-builder; however, it does not require you to use any other additional libraries or frameworks when you want to create a web application. Vue.js is based on the concept of components; that is, user interface elements and their functionality are divided into self-contained components. The main benefit of this approach is that it becomes possible to reuse the same components in different contexts and even in different projects.

Mobirevo is a leading mobile app development company in Nigeria that offers development services to companies in finance, healthcare, construction, retail, consumer products, logistics, industrial engineering, and entertainment over the years. Let’s talk about making your Mobile app ideas a reality! We follow a certified enterprise mobile app development process steps to ensure the success of your app’s launch. Our skilled mobile app developers are here to assist you with your digital transformation.

You can contact us today to get a free quote. Our team at Mobirevo strives to provide unrivaled services to all of our valued clients. You can also check out our case study page to see our client’s portfolio and better understand the quality of products we deliver. Also, contact us if you have any questions about our services, and we will get back to you as soon as possible. Want to receive more content like this? You can sign up for our newsletter, which features curated opinions and Mobile app development tools for building remarkable digital assets.

How to Submit an App to the